The trading activity was low yesterday, with most of western Europe and U.S. markets closed for holiday. The euro/dollar rate held steady near $1.1830, lacking any impetus. Going forward, the U.S. Institute for Supply Management's manufacturing index for December is due out this afternoon followed by Tuesday's release of the minutes of the Federal Reserve's December 13 meeting. U.S. non-farm payrolls data for December is to be released on Friday.

The Czech crown was barely changed against the euro on Monday, hovering on the weaker side of the 29.00 level for most of the session. The currency shrugged off a report showing the state budget closed last year with a 56.4 billion crown gap, 27.2 billion below the plan. 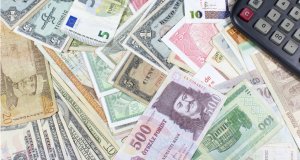